Homepage > CHIMPANZEES AND MEN: IS THERE A DIFFERENCE? A contribution to the gender equality debate

CHIMPANZEES AND MEN: IS THERE A DIFFERENCE? A contribution to the gender equality debate

I recently heard it again ‒ a friend of mine shared his opinion that gender roles are predetermined by the different physique of women and men. While thinking about it I revisited a paper about “Culture, Gender and Development” I was asked to write some years ago while I was working at UNESCO in Paris.  Apparently no one read it, in any case no one commented upon the opinions I aired and thus I assumed my essay had become too tedious, or irrelevant, to merit any attention. Nevertheless, while I wrote it I learned some interesting stuff and maybe this shortened and revised version of a section from my paper might interest you:

Does not everyone want to be respected as an individual, to be considered as a unique human being different from all other creatures? I don´t know for sure, there are always exceptions. However, many of us do willingly surrender to illusions that imply we are essentially identical with people we do not even know. We strengthen our self-respect by taking refuge under the aegis of all-encompassing clichés, like zodiac signs, nationalities and murky gender identities. “I am a Swede imbued with traditional values, typical of someone born under the sign of the lion and graced by a fair amount of manly virtues”. 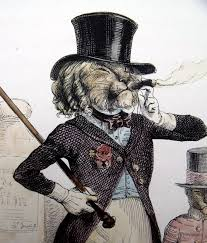 Gender identities, what is that? We are familiar with the somewhat timeworn truism of Simone Beauvoir: “One is not born, but rather becomes, a woman”. An opinion she based on her conviction that women have ended up belonging to a subjugated socio-cultural group. In comparison to men they have been turned into a least favored minority. Women have been forced into a position where most of them perceive their existence in relation to men, adapting themselves to a submissive role accorded to them by dominant males. Gender is thus the result of a power game where men have appropriated the supremacy.

A philosopher like Aristotle, or a researcher like Darwin, could explain male supremacy by highlighting their natural desire for dominance. The privileged position of men could thus be explained as supremacy based on male strength.  While keeping in mind another truism, this time by Mark Twain, who stated that that “there are three kinds of lies: lies, damned lies and statistics” I offer some comparisons between the physique of women and men:

In the upper parts of her body a typical women has 52 percent of the strength of an average male and about 66 percent in the lower. Men have about 30 percent greater lung volume per body mass and larger hearts than women. Ten percent higher red blood cell count, higher rates of haemoglobin, a better oxygen carrying capacity and a more effective clotting capability resulting in faster healing of wounds and better pain tolerance than women.

Does this average physical strength influence male behavior, enabling them to dominate women? There is no doubt that most human societies have encouraged young males to develop and express fearlessness and aggressive behavior. Constant warfare has sustained a fascination with male-centered, dangerous and competitive sports, on top of this it has been commonplace that men perceive themselves as superior to women and may brag about their sexual appetites while they display an aggressive masculinity.

To understand these circumstances some researchers have turned to the chimpanzees, who often have been called our cousins within the Animal Kingdom. These apes are apparently constantly involved in power struggles. Chimpanzees and humans have been tested to find out if testosterone is important for display of male aggression. Found within vertebrates testosterone is an andogen, a steroid hormone that stimulates or controls the development and maintenance of male characteristics. An adult male produces an average of 5 to 10 mg testosterone per day/night, while testosterone levels in women are typically 5 percent to 10 percent of those in men.  Contrary to what is generally assumed, aggressive behavior is associated with low testosterone levels rather than high ones.

What testosterone probably generates is a stimulus to pursue higher status. What happens if a man with high testosterone levels becomes frustrated in his attempts to obtain dominance over other males and females? Then the serotonin comes into play, a neurotransmitter inciting control of appetite, mood and anger. If a chimpanzee with high testosterone levels is humiliated, serotonin levels are lowered and trigger off either aggressive or depressive behavior. It has been observed that low serotonin levels tend to be combined with elevated levels of stress hormones.

Among baboons, dominant males have low levels of stress hormones, while subordinate males are flooded by them. Consequently, low ranking baboons invariably show signs of emotional distress and physiological disabilities, often resulting in excessively aggressive behavior towards those baboons who find themselves even lower in the social ranking, i.e. the females.

Behaviorists, who generally have a penchant for comparing animal behavior with that of humans, have associated the effect serotonin has on chimpanzees and baboons with what might happen to powerful men. High-ranking men often experience an invigorating elation, while their low-ranking underlings suffer from depression. It seems like sudden changes in luck and status cripple the losers and invigorate the winners. In this context we may compare Adolf Hitler´s looks before he was losing a war and compare them with how he looked just a few years later, when at the age of 55 he had by a hair´s breadth survived an attempt to kill him. 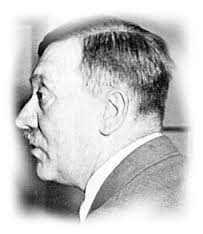 When deterministic views are aired by male chauvinists, or militant feminists, many of us smell a rat and ask ourselves: “If male domination is so intimately connected with biological traits, how come that women have to be held in place by laws, traditions and customs?  If women are limited by their physical and psychological constitution, why should they venture into former male territories, like colleges, universities, politics, the military and other male dominated professions and activities?

“Of all the vulgar modes of escaping from the consideration of the effect of social and moral influences upon the human mind, the most vulgar is that of attributing the diversities of conduct and character to inherent natural differences.”

Stuart Mill, and many after him, realized that contrary to animals, human beings have developed social patterns that resist aggression and selfish behavior. While living close together humans have used their superior brains to apprehend how violence and excessive dominant behavior are intrinsically bad, precisely due to the fact that they are natural.

Humanity has evolved through people´s efforts to resist and/or harness natural tendencies. Our success in the struggle for survival emanates from the unique human brain power and not exclusively from muscular strength and stamina. Humans have turned themselves into cultural beings, meaning that we are able cultivate the nature, i.e. shaping it into an efficient tool for our own survival. Humans change things and prospects. We are not like polar bears, which die if transported out of their habitat and into the tropics. We humans are able to change our habitats, instead of adapting ourselves to them. This it what makes us human. According to myth we have eaten the fruits of Tree of Knowledge of Good and Evil and thus obtained a faculty that enables us to choose between being an animal governed by its nature and a human being who is capable of changing nature to her own benefit. Culture has conquered nature, being human means that evenh if we are pre-programmed by testosterone levels (estrogen in the case of women) or stress hormones we are capable of controlling them and thus change our destiny. If we would not be able to control some of the results of our bodily functions we would have to rely on our instincts and thus remained animals.

The logic of culture is actually concerned with moral questions, transcending those of mere instinct. Socio-biological thinking runs the risk of reducing violence to genetics and may thus serve to justify viciousness and oppression, hampering positive change. Our genetic composition is one thing, what we can do about it by using or will and brain power  is something else ‒ As  a matter of fact human beings are genetically programmed to possess and make use of reason, culture and free will.

As men and women we are free to change our destiny and liberate ourselves from the shackles of  prejudices created and supported by murky traditions and misinterpreted biological determinism. We are free to develop a just society, safeguarding our possibilities to develop a world that benefits us all. By relying on our unique human capacities we have to confront a state of affairs that exaggerate differences between women and men. In the name of culture we have to get rid of the ideologies which provide women with myths that deceitfully offer identities presented as timeless, archetypal and inescapable, instead of endowing us with the freedom needed to craft a destiny that benefits us all – women and men alike.